The League of Legends heads the list of the most popular MOBA games. Yes, it has serious counterparts that are not inferior to the game. Take at least Dota 2. However, the viewership of LoL is ahead of Valve’s baby. The main audience of the game is young people. It is especially popular in South Korea. LCK is the main League of Legends championship for South Korean teams. Many experts acknowledge the tournament as the strongest and it is right behind the main event of the year. Let’s consider five meetings at the LCK Schedule & Standings from the previous competition.

SANDBOX Gaming – DRX in the 1/4 final

The first quarterfinal match was held between SANDBOX Gaming and DRX. The second team took last place that gave the right to participate in the playoff, so was considered to be an outsider. There was not any intrigue, SANDBOX Gaming lost only one map. This is where Ornn was not taken. They picked this champion in the rest of the games and won.

Having made it to the semifinal, SANDBOX Gaming got to the Gen.G Esports – the main favorites of the tournament. Now they succeeded in winning only one map. It is especially remarkable that the peak was repeated there right after the failure. Gen.G Esports changed only one champion. On the third map Renata Glasc was substituted by Rakan.

A very interesting battle happened in the second quarterfinal. It was hard to understand who the favorite was: DAMWON Gaming or KT Rolster. At the group stage, they showed the same results. The battle started with players from DAMWON Gaming in the lead, having won two maps. Then KT Rolster won back the advantage, realizing the bundle Wukong-Sylas. On the last map, DAMWON Gaming again took Wukong for themselves and got the final victory.

Having passed KT Rolster, the next match brought DAMWON Gaming one of the main favorites of the tournament. On the first two maps, they lost in 25 minutes and everything was going to the expected defeat. T1 lost the following two games and the score was equal. On the final map, DAMWON Gaming opposed their counterparts longer, but eventually they turned out to be weaker.

Gen.G Esports and T1 in the final

The main match was the grand final. Many expected it to be interesting and equal but it took another twist. Gen.G Esports handled their opponents easily, having beaten them on all maps.

LCK is acknowledged as the strongest of the regional championships for a reason. The best teams from South Korea play here, proceeding to winning the Worlds. The last tournament brought Gen.G Esport a victory. They not only took the title but provided themselves with a trip to the world championship where they took 3-4 place. The main cup was given to DRX even though this collective went through some issues in the South Korean league which highlights the high level of the competition. 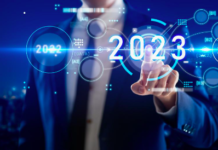 Find out the top 5 applications of Industrial scale in 2023 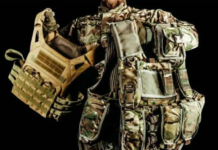 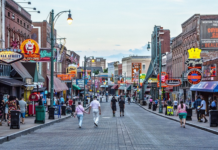